They say that a change is as good as a holiday, and now at the Royal Palm Hotel, you can have both, as the hotel plans a massive refurbishment!

According to General Manager, Simon Bailey, plans are afoot to make significant changes to the restaurant, bar and lounge areas, to align them with the new look and feel of the hotel. “The refurbishment of the Hotel began last year, with the rooms undergoing a number of changes to keep the hotel on trend, and even more comfortable for our guests, and now it is time to other areas to follow suit,” commented Bailey.

Having last been refreshed some ten years ago, the restaurant will undergo significant changes, both in design and décor, which will see the currently open-plan kitchen being elegantly glassed off, allowing patrons to still see the culinary team in action. 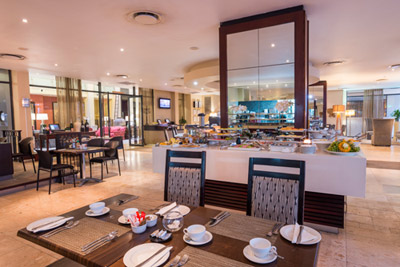 The bar area, which is currently centralised in restaurant node, will be shifted towards the corner of the room, to better create a bar-lounge vibe, which Bailey feels is currently lacking in the area. This will also allow for a more upmarket cigar bar to the added to the offering, bringing the hotel in-line with the current market trends. 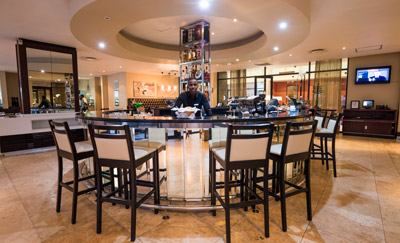 The main lounge area will be completely redecorated, the designs of which are being kept under wraps until the big reveal, but are said to be simply stunning, and bound to create an even more welcoming entrance to the Hotel. 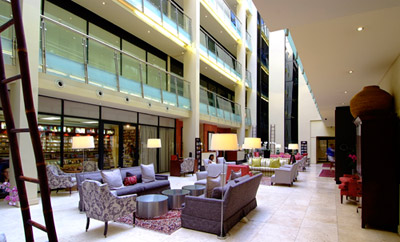 With construction commencing in the coming weeks, Bailey assures us that minimal disruptions are expected for guests, as other areas have been earmarked to act as temporary dining zones, thereby maintaining the hotel’s operational excellence. 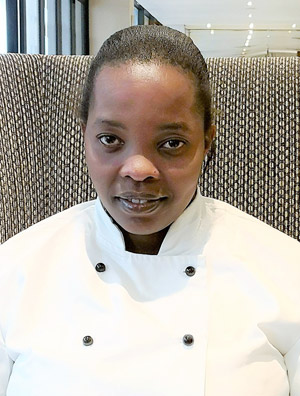 Having completed her matric at Mafunda High School, she went on to complete her Chef Certificate through Ethekwini College.

In 2013, Khumalo took up a position as a Sculler at the Royal Palm Hotel. A year later, through hard work and dedication, she was promoted to Junior Chef where she currently works.

Her main duties at the Royal Palm Hotel include preparing the breakfasts, and banqueting dishes. She is also in charge of preparing the a la carte dishes for dinner- all while making sure that certain levels of hygiene are met.

Her favourite dish is braised oxtail. All you need is “1 kg oxtail, celery, leeks, carrots, onions, tomatoes, red wine and lots of care and love,” she says.

She has a passion for cooking and creating dishes that make people happy, but when she’s not busy in the Royal Palm Hotel kitchen, she can be found at home with her two children, who keep her on her toes!

Chef Siphesihle dreams of one day opening her own restaurant, where she can continue to showcase her love for food.

Her advice for anyone starting in this industry, is to: “love yourself, love what you do and be happy”.

This Women’s Month we acknowledge those ladies who are making their mark in every Segment of South Africa.