43 year old Durbanite, Christian, has been in the hospitality world since 1998 and has gained much experience internationally.

“I am highly motivated and energetic with a passion for food and the art of cookery. Communication, creativity, innovation and the ability to perform well under pressure are some of my personal strengths. I am a good team player, both able to lead, as well as learn from others,” he said.

Christian’s experience internationally saw him working in London as Head Chef for Cinnamon Cay Restaurant, Part-time Chef for Rhubarb Catering, Sous Chef for the The Lavender Restaurant and Bar as well as Chef de Partie for The Sun. He then returned to South Africa and took up a position in the Eastern Cape as Head Chef for Riverbend Country Lodge after which he joined the team at Hout Bay Manor Hotel in Cape Town as Executive Chef where he remained for a year before leaving for Durban’s Bean Bag Bohemia as Outside Catering manager.

The adventurous Christian then headed off to Kampala in Uganda, taking up a position as Executive Chef of a 5 star property – Wildplaces Africa’s Emin Pasha Hotel from 2006 until 2010. He then moved to Operations Manager at Wildplaces Africa’s Pineapple Bay on the Bulago Island in Mukono District, Uganda until January 2012. Then in May of the same year, Christian went back to work at Emin Pasha Hotel before taking up a position as a Consultant Chef for BB Consulting in Kampala, Uganda.

Once again, after a number of years, Christian decided to return home to South Africa after securing his position as Executive Chef for granny Mouse Country House & Spa in the KZN Midlands.

With August being Woman’s month, we commemorate the women in our country who make a difference every day. Because change is as good as a holiday, why not highlight the importance of that special woman in your life by giving her a day of pampering at Granny Mouse Spa – something out of the norm that is sure to revive her to take on the rest of the year.

Granny Mouse Spa, located at Granny Mouse Country House & Spa in the KZN Midlands, have an excellent array of products that assist in rejuvenation, relaxation and more.

The Rich Repair Anti-age cream from the C-Spa range is one such product that the therapists at Granny Mouse always suggest, especially at this time of the year, when skin is dry, dull and you need to feel hydrated and energised.

Made from the best pure Aromatherapy essential oils including frankincense for its rejuvenating properties and rose for its calming effects, the Rich Repair Anti-age cream gives you luxurious yet therapeutic benefits which is critical for replenishing the skin from not only the aging process, but from the harshness of winter as well.  Try any one of the C-Spa treatments on the spa list, starting from only R340. 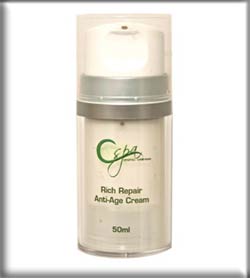